Protect Your Pet from Suffocation
By Barry KuKes 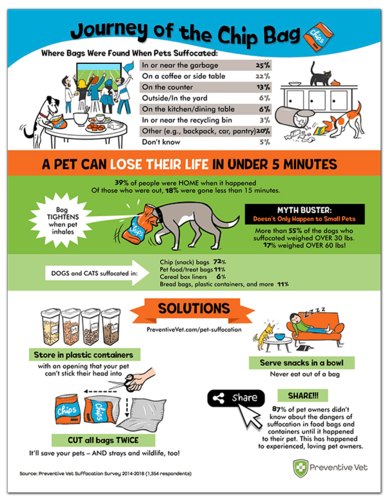 According to globalnews.ca, at least two to three pets die every week in the U.S. due to suffocation caused by a chip or other snack bag, and it can only take three to five minutes for a pet to die from suffocation. 55% of the animals that suffocated were over 30 lbs. and 17% were over 60 lbs.

Pets love food, especially people food and snacks that come in bags. As the pet slips its head into the bag and begins to eat and breathe, the bag closes tight over the neck, and the pet can’t breathe. The bag tightens the more they try to take in air until all oxygen is depleted.

This suffocation hazard was brought to my attention by a pet owner named Holly. Unfortunately, her dog Scout, a brown Labrador, got into a chip bag and suffocated. Holly and her husband were devastated. She wrote, “Recently, my dog found a chip bag while we were sleeping and tragically suffocated. I had absolutely no idea about the dangers of these snack bags, cereal bags, popcorn bags, etc., until I found out how common this tragedy is. If you do a quick Google search, you will see story after story about dogs and cats suffocating from this hidden danger. I always thought the contents in the bag would make them sick, not kill them. These types of bags form a tight grip around the pet’s neck with one little breath and makes it hard for them to get it off. It’s awful, and warnings need to spread.”

I agree with Holly, and thus I am sharing this information with my readers. Keep chips and snacks in a sealed container instead of a bag. Once empty, cut the top of the bags to reduce the length and the side of the bags with a pair of scissors so the bag cannot form a seal. If you do this, you will also protect wildlife from suffocation.

In addition to bags, pets suffocate from interaction with other items. A good friend of mine tragically watched her Cocker Spaniel puppy choke to death because its head slipped under her other larger dogs’ steel choke collar. The puppy’s head was stuck, and they could not remove it. They called the fire department, but it was too late, and the puppy had died. Traditional choke collars have a loop due to slack so that the collar can slip over the dog’s head. Many dogs wearing this type of collar also choke to death because the collar hooks onto something stationary like a fence post or water spigot, and they can’t get loose. If you are using a traditional steel choke collar, change to a Martingale style collar to prevent suffocation of both the dog wearing it and any other pet that might play with the dog.

Many window treatments, like blinds and shades, have a cord or cords to raise and lower the treatment. Although most are made to break away if a toddler was to get their neck wrapped around it, many pets, especially cats that love to bat and play with cords, weigh less than a toddler. Cords can be adjusted to be out of reach of pets. There are also cordless control options available for window treatments that eliminate the hazard of suffocation.

Please be aware that suffocation is a real danger to your pets. Take the proper precautions to eliminate the risk of suffocation and keep your pets safe and, more importantly, alive. Also, remember to adopt, don’t shop.

Below is a photo of Scout. 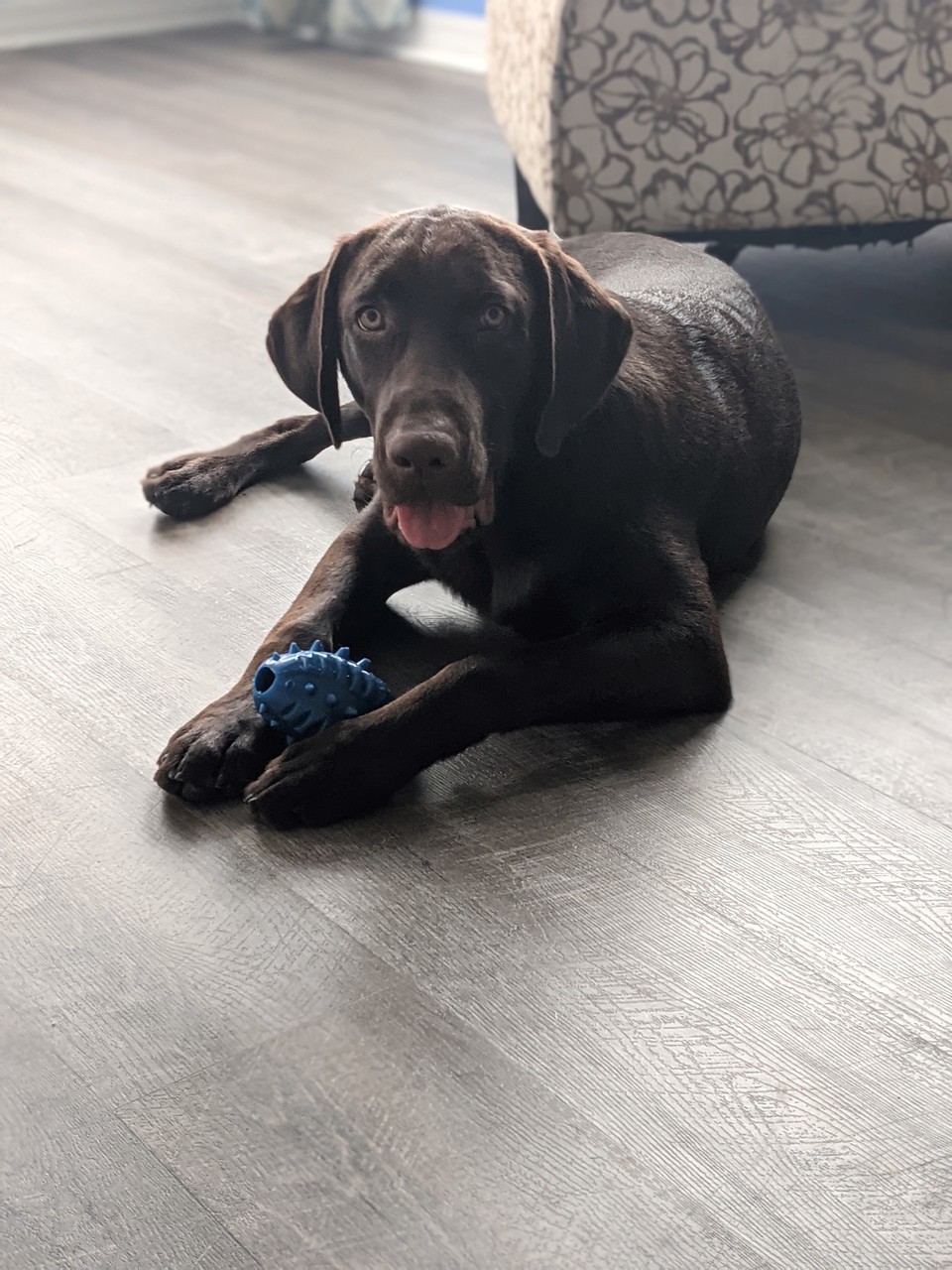